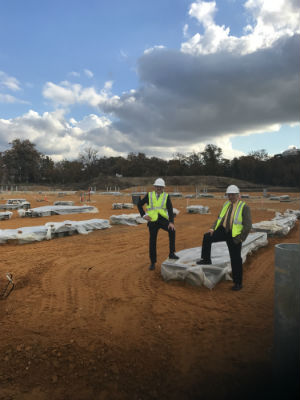 The need is pressing. Here’s why: the American Society of Civil Engineers recently gave America a “D+” rating in terms of infrastructure, citing dilapidated roadways, insufficient waterways and “a pressing need for modernization.” The group estimates $3.6 trillion would need to be invested into U.S. infrastructure by 2020 just to raise the country’s support systems to acceptable levels.

Stertil-Koni President, Dr. Jean DellAmore, noted “The stakes are indeed high, but overall if the program is implemented, it will result in a big win for American business and American workers. The reason is clear: It will spur jobs and manufacturing in multiple regions of the country, including the Rustbelt.”

According to Donald J. Trump website, as president, he hopes to:

For its part, Stertil-Koni embraces the plan.

“This is an investment in America. Fresh starts are the ideal time to bring on change. I call on the new administration to focus on infrastructure and transportation. In welcoming the President-elect and new House and Senate members, Stertil-Koni urges them to focus on investment in the United States
infrastructure,” concluded DellAmore. “This could be a big win for all Americans.”

Stertil-Koni, a brand of the Stertil Group, is the global market leader in heavy duty vehicle lifts – bus lifts and truck lifts – and is the preferred supplier to the world’s leading companies in the truck and bus industries. Stertil-Koni’s breadth of products meets all ranges of lifting needs and includes mobile
column lifts, two-post, four-post, in-ground piston lifts, platform lifts, half-scissors and its innovative axle-engaging, in-ground, scissor lift configuration, ECOLIFT. The DIAMOND LIFT is now available in a “frame” version, engineered specifically for concrete foundations and ideal for replacement situations. Stertil-Koni USA is headquartered in Stevensville, Maryland. Stertil-Koni has production facilities in Europe, in The Netherlands, and in the USA in Streator, Illinois.

Find out how Hoffman Services can make sure your lifts are operating at their peak performance.